Home / Brussel / Museum of Capitalism in Etterbeek: “Corona may be the catalyst needed to start change. But in order to actually change the world, we have to come together” 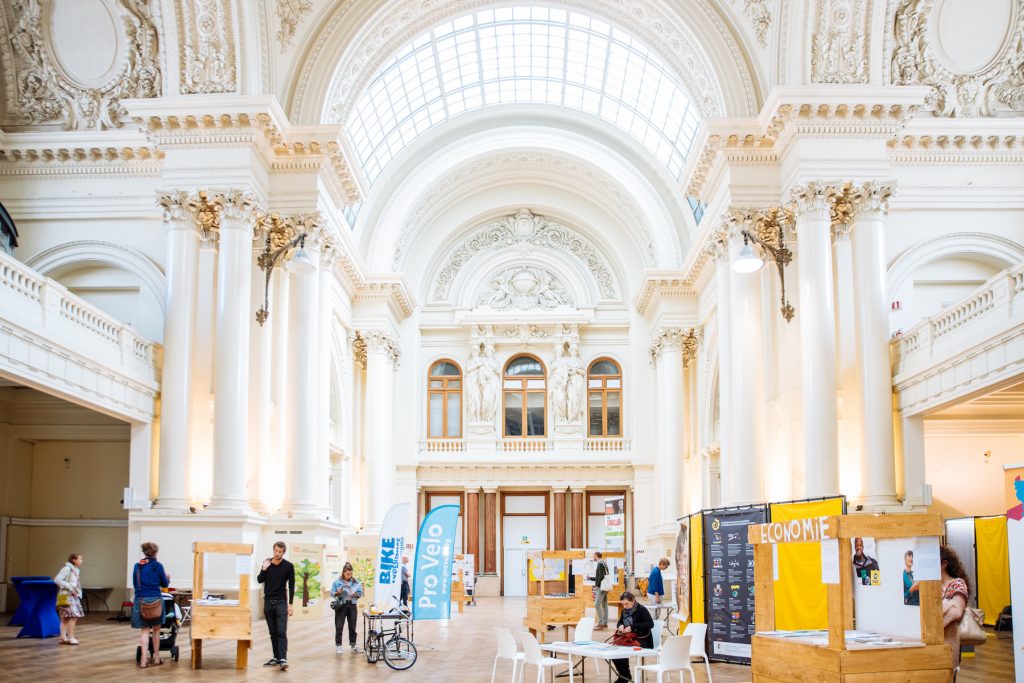 After periods in Charleroi, Mouscron, Anderlecht and the Brussels Stock Exchange, the traveling Museum of Capitalism has moved to the See U barracks opposite Campus Etterbeek this autumn. De Moeial spoke with two members of the collective behind the project, Samuel Hus and Mathias Cox.

It is one of those drunk cafe ideas that eventually did happen. A group of former students from Louvain-la-Neuve came to the conclusion that there were few spaces where one can discuss society in general; and capitalism in particular. “That night was legendary, we still talk about it”, says Samuel. They wondered how to go about creating real opportunities for deeper and constructive discussion. First, the classics emerged: organizing a debate, making a film… “But all those options are very time-bound and don’t really evolve,” he said. Moreover, they wanted to put the visitors, the people who live in and with capitalism, centre stage. And so, a space was created for such discussion and thought, appropriately named: ‘Museum of Capitalism’.

A Museum of capitalism

The group of volunteers developed the content of the exhibition over two years. The first test took place in Namur.

Samuel: “It was an immediate success, especially because of the participative element. We do not see ourselves as experts on capitalism. We don’t want to convince people of a vision we have. We create a space that moves with time. It’s a living museum, because the people in the museum are part of the content. For us it is something that transcends the economic dealings between people: what is private property, what is it to act collectively? What is your motivation for going to work? These are all queries linked to capitalism, things we deal with every day. ”

Mathias: “It also contrasts with James Carville’s famous quote: ‘It’s the economy, stupid’, “It’s the economy, you don’t get it”. But when you live in a world run and shaped by capitalism: you are part of it anyway. ”

Over the years, much has been said and written on the subject. What contribution do you make to the debate?

Samuel: “Anything you read when it comes to the term ‘capitalism’ often evades what it really is. It is often captured as only one aspect of capitalism, such as industrial relations. We want to provide insight into the system as encompassing all layers of society. It discusses the meritocratic ideal of capitalism as well as inequality, over-consumption, the depletion of natural resources… All these aspects are considered as a systemic whole in the Museum of Capitalism. ”

“We often feel powerless when we reflect on the system of capitalism.”

Mathias: “One of our main contributions to the debate is especially the fact that a space is being created. It is not a lesson, not a book that you read and which you will talk about afterwards. It’s a museum; the first in the world. ”

Samuel: “Interestingly: three months after the opening of our exhibition, a similar exhibition opened in Germany, the Museum des Kapitalismus in Berlin. We were unaware of each other’s existence, and yet a similar museum has emerged in parallel to us. ”

It was a long time coming.

When you criticize capitalism, comparisons with Stalin and the gulag are never far off. How do you maintain the impartiality you strive for?

Samuel: “First and foremost, communism and capitalism are not polar opposites. It is not one or the other. There is a wide variety of models for a society. And communism was no better at the level of dealing with fossil fuels, for example. ”

Mathias: “And capitalism also has different expressions. In the US, for example, there’s very little redistribution towards social security. But we are undeniably just as capitalist as them, even though we have a different model. And then there is another difference between Scandinavian and more Mediterranean states.” A Museum of Capitalism in the Beurs of Brussels.
© Raisa Vandamme

Samuel: “There is no one capitalism. There are different versions of the system . ”

Mathias: “It should really be a museum of a capitalism. (laughs)”

In the final room of the museum you formulate a number of alternatives. You are all committed young people yourselves. Are you sometimes itching to get started yourself, or is it primarily a sensitizing project?

Samuel: “As a museum we don’t want to push people, but we believe that change is needed somewhere. Just think of inequality or the impact on our planet. Because of these issues we propose other models of living together. And we ask the question: at what level do we want to change? There are visitors who believe that we must radically change the system. Tabula rasa, and replace it  with something else; a communist, an anarchist system, or an environmentally conscious socialism… But we also touch on  very specific alternatives: what if we set up a maximum income? In France, the wages of the highest-earning amount to three hundred times more than that of the lowest-earning. There are companies that already enforce a system of maximum income today. Where, for example, the CEO can only earn five times what he pays his employees. These are alternatives that will not radically change the system, but do offer a solution to the rising inequality. ”

Mathias: “We often feel powerless when we reflect on the system of capitalism. The last room can really be an eye opener. It presents alternatives that have already been considered and that a number of collectives are currently  working on. In Brussels, for example, there are already alternative currencies and there are sharing platforms for tools, such as Tournevie.

Corona has made the tabula rasa a bit more tangible. It has often been said that this is a great moment to rethink our society and rebuild it in a new way. In your view, how realistic is it that we will not go back to the “old normal”?

Samuel: “Especially in the first months of the lockdown, people were confronted with themselves and the world. Then, a lot of ideas sprouted. Now it’s starting to water down again. The problem is, if we want to change the world, we need to be able to see each other. Corona may cause a shift in our thinking, but we should be able to get together. Unfortunately, the spaces normally available for this are not opened up today due to security measures and are not at all the priority of the government. That is why places like the museum are needed: to maintain that energy for change and provide the space needed to engage and debate. ”

To conclude: ‘museum’ sounds very static and conservative. Capitalism is just not preserved in the Museum of Capitalism. Is it then the right name?

Mathias: “You can see it in two ways. Either it is the place where capitalism will be kept because it will no longer exist: “remember that time when we put money in banks and we got more money back, or less?” Hmm! (laughs)

“The second option is that the museum will reinvent itself. For me, a museum also means a place where you discover things, where you come across things that deserve a place to be observed and analyzed. And where you also meet other people who want to look at it and then philosophize about it together. So it has been deliberately called the Museum of Capitalism, because it wants to become a kind of stopping place for people with a shared sense of discovery. ”

The Museum of Capitalism remains open in See U (above the Kinograph) from 1/6 to 4/14. Corona safety measures are in effect.
Open Wednesday-Friday, 14 am- 20 pm. Open Saturday-Sunday 12 am – 18 pm.
Access is at a free contribution. 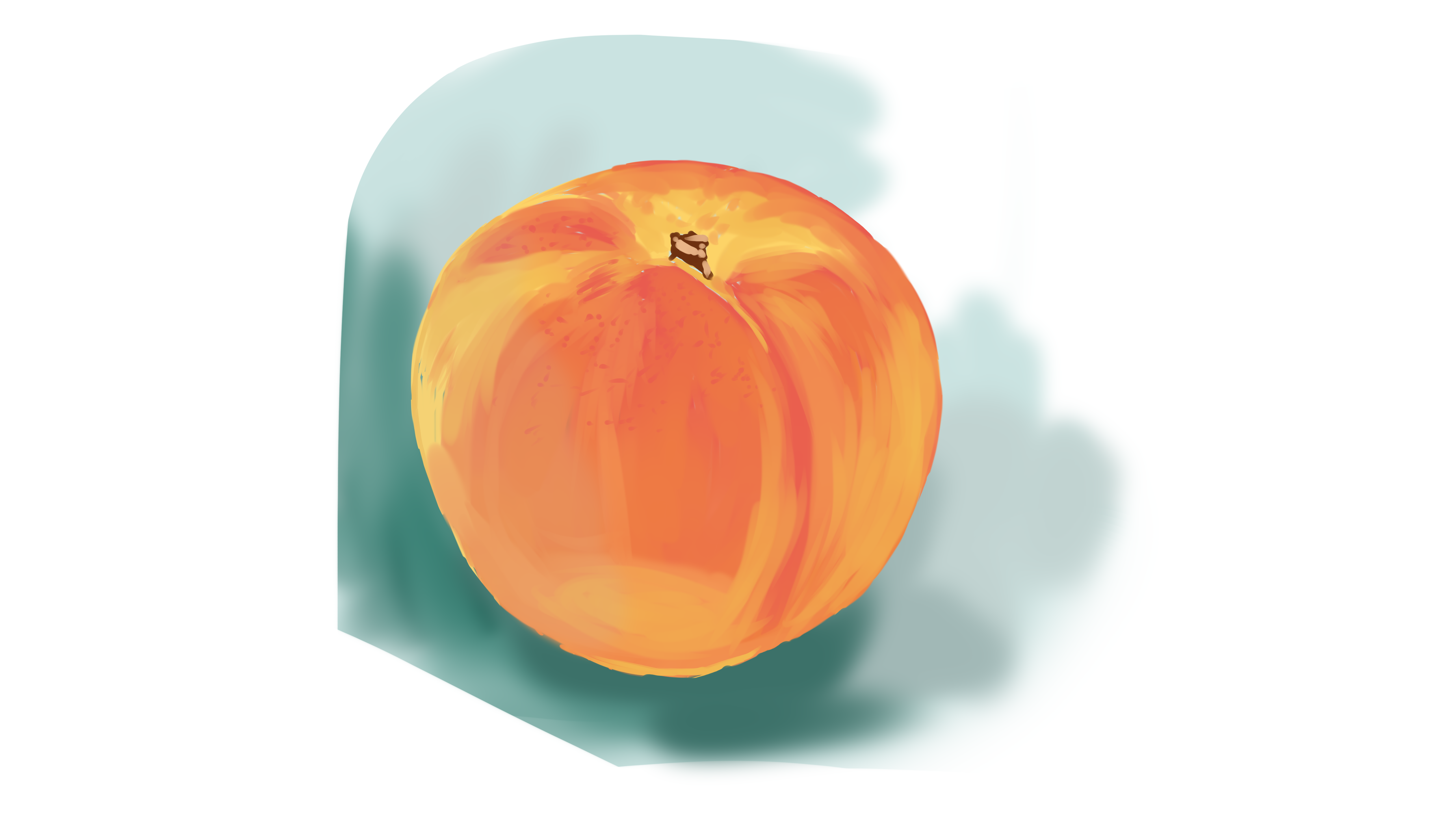 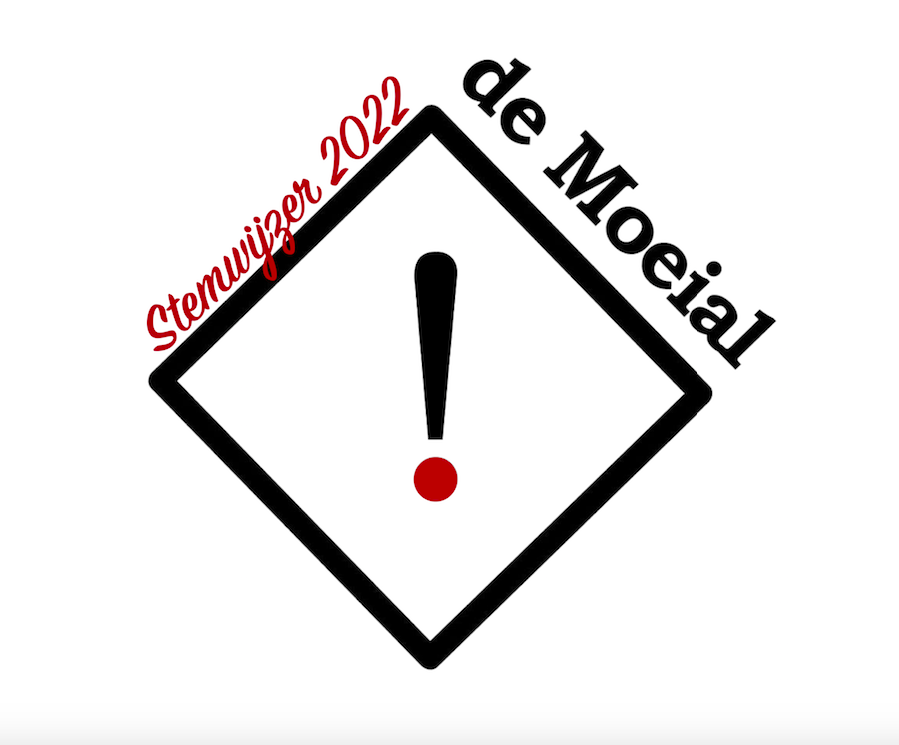