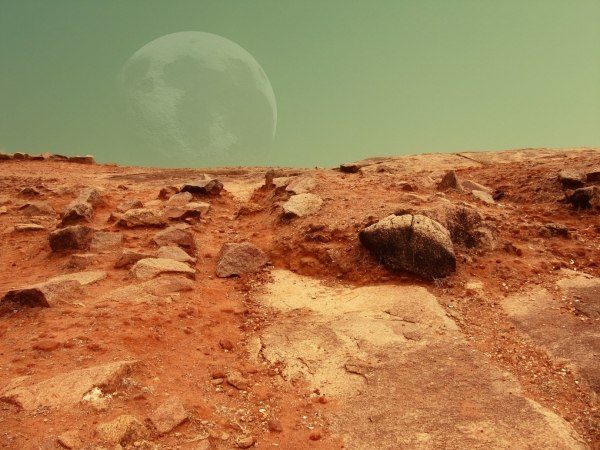 “… and they lived happily ever after”

Transhumanism is still often associated with far-fetched sci-fi stories. Nonetheless, large organisations already started reflecting on this futuristic topic a long time ago. For instance, NASA regarding the colonization of Mars in 1989 or the 2011 Google Brain project for research on artificial intelligence. There are also programmes such as the 100 Year Starship, which focuses on interstellar travelling (www.100yss.org), and Humanity+, which reflects on the ethical use of technology (www.humanityplus.org).

So… what is transhumanism? Globally, transhumanism studies “the improvement of human capacities through advanced technology” (Anissimov, 2018). The implications of transhumanism are not only technological or scientific, but also societal (involving legal, economic and cultural aspects). The extent of transhumanism and the number of people working on the subject seem to indicate its importance. Besides space exploration and artificial intelligence, trans-humanism also encompasses for instance gene therapy, “the treatment of certain medical disorders, especially those caused by genetic anomalies or deficiencies, by introducing specific engineered genes into a patient’s cells” (The American Heritage, 2018). Or also cryonics, the vitrification of the human body and/or brain aiming to overpower death. It intends to maintain the human tissue for it to be hypothetically revived in a future time.

The following dialogue between a transhumanist (T) and a curious citizen (C) is intended to introduce the mindset of transhumanism and will cover more specifically the increase in human lifespan.

“We see humans as an arrangement of atoms”

C: What is transhumanism?

T: “Trans comes from trans-cendence. It emphasizes that we transhumanists “view human nature as […] a half-baked beginning that we can remould in desirable ways” (Bostrom, 2005). For the term humanism, let us take the definition of modern humanism, which is applicable to most of today’s Western society: “[it is] a naturalistic philosophy that rejects all supernaturalism and relies primarily upon reason and science, democracy and human compassion” (Edwords, 1989).”

“Straightforwardly, the trans-humanist movement tries to significantly enhance the cognitive, physical and psychological capacities of Man and to eliminate ageing through the use of science and technology (Sandberg, 1995).”

C: The search for immortality has been on the move since the dawn of time. Human enhancement has been developing since Man first settled, learned to rear cattle and grow crops, through deliberate and thoughtful manipulation of organic matter. On the level of self-enhancement, we have glasses, prosthesis, implants, pacemakers, cell phones etcetera. So why talk about transhumanism?

T: “Transhumanism has the ambition to replace the laws of natural selection by a manmade design, dictated by scientific and technological advances. Our outlook is purely scientific. “[We] see humans as an arrangement of atoms and see no reason that arrangement should have to inevitably deteriorate if our scientists can just get better at working with atoms” (Urban, 2016). One of our objectives is the transcendence of death. The idea is of course to revive a healthy human being. By lifespan extension we mean more accurately the “radical extension of human health-span” (Bostrom, 2005).”

C: But—as these advances are costly—wouldn’t these progresses be reserved for the rich?

T: “I think this is a short-sighted vision. I agree that if implemented today, it would increase the poverty gap. But with time, the prices will generalize, and it would become affordable for all. Transhumanism does not only aim to apply self-transformation as means of personal enhancement, but also to get rid of existing inequalities such as food distribution. Transhumanism advocates that as Man has control over his evolution, it is also up to him to define the societal form he wishes to apply to that evolution.”

C: But what about cryonics for instance. It seems to carry along a huge cost to the future society. What will happen to someone who wakes up in a hundred or two hundred years from now? I doubt they would simply pop out of their box and start working the day after. It would take months maybe years of guidance, psychological assistance, updating them on the new society etcetera. And all of this has a cost.

T: “First, I would like you to consider the present time. Let us compare the costs linked to cryonics with those of keeping a diseased person alive. Today, “it costs about $1.000 to painlessly euthanize oneself and an average of $80.000 to cryonically freeze one’s body”. It is more expensive to keep someone alive who is suffering from a serious mental disorder and who constantly needs to be looked after (Istvan, 2014).”

C:  But how do you reconcile your aim to keep the living alive with the issue of the growing population? Is the right to live reserved for the already living?

T:   “I may have visionary ideas, but that doesn’t make me a fortune teller. What I can say is that “society has been so conditioned and deformed by the presence of [death] that a frightening void now exists. [We] will have to work creatively, on both an individual and a societal level, to develop conditions that will keep lives flourishingly dynamic and meaningful beyond the accustomed […]. Luckily, the human spirit is good at adapting. […]”

“Maybe people will have to learn to have children later and less frequently. Maybe [we] can find ways to sustain a larger population by using more efficient technology. Maybe [we] will one day develop spaceships and begin to colonize the cosmos” (Bostrom, 2005). The beauty is that transhumanism does not ban any idea simply because it would be seen as frivolous.”

C: OK. Now, if Man becomes ageless, can he still be considered human?

T:  “Well, is death peculiar to being human? What do we define as human? It is probable that the advances give way to a replacement of the beings we know today by completely new ones with a completely different physical appearance and completely different cognitive and emotional aptitudes. But think of it this way: we still think of carrots and beef the same way our ancestors did, though they are now genetically modified carrots and cloned beef.”

“And as put earlier, a transhumanist views the human as a combination of atoms and sees no reason this arrangement should not be enhanced for our own well-being.”

C:  Mmm… but could this search of human transcendence not be qualified as selfish? Is it right to believe mankind is suited to do everything in its power as to save humanity from its disappearance? Is it not putting Man on a pedestal, viewing humanity as more important than the species it includes? We convince ourselves that we are saving these species from extinction. But should Man be honest, this ambition to preserve biodiversity is simply to save himself from his own disappearance.

T:  “One can be selfish but at the same time also animal-friendly. The more knowledge we acquire, the more we realise how important it is to live with respect for our surrounding environment. And this is where our society is heading to.”

C: OK, so since taking control over life means to engage in a fight against death, and as death is a natural phenomenon, the transhumanists are confronting the laws of nature in order to expand the durability of Man. In that way, couldn’t we ask ourselves “[whether] the law of [nature is] supreme or [whether it is] subject to the laws of peoples and nations?” (Morgan, 2018). From the supremacist perspective of a transhumanist, does Man have the right to control death?

C: Well, if Man gets to defeat death, this entitlement means that no higher entity possesses any decisive power. Taking this a step further would mean that current religions would become obsolete. Because wouldn’t it make little sense that people follow a lifestyle in which death has been conquered, and simultaneously worship a God which is believed to possess the power of salvation. It would simply make transhumanism to be the new religion.

T: “I think that would be a presumptuous idea. It is not about transhumanism taking over the role of a supreme entity. It is rather that transhumanism puts forward new technologies to enhance human capacities. It embraces human discoveries.”

“Further, Man has always strived to oppose death. Today, doctors even have a legal obligation to maintain their patients alive as long as it is feasible. In this logic, isn’t it that Man is not focused on defeating the laws of nature, but that he is rather pursuing his own set moral rule? Namely, that of maintaining his fellow man alive? Further, keeping someone alive raises the question of when we define someone to be dead. Previously, one was defined dead when breathing stopped.”

“Today, one is defined dead if one’s brain is irreversibly impaired. Definitions are dynamic. They vary with time, knowledge and new ideologies. Even today the definition of death is constantly shifting, so it will definitely change with future features.”

C: But aren’t our scientific and technological competences to prolong life ahead of our capacity to make good use of it?

T: “The use we make of it today responds to current needs and fantasies. Not only are changes possible as to bypass certain disabilities, but also to respond to certain desires: recovering a lost limb, changing gender, aesthetical intervention, an intelligent implant. The current improvements are already transforming today’s life of Man and inevitably shape the Man of tomorrow. For what the future will bring, we will have to rely on the goodwill of the decision-makers.”

C: I must admit these transhumanist technologies sometimes sound a little like crackpot ideas. Being replaced by a superhuman lifeform both disturb and intrigue me. In the end, this all comes down to believing or not that Man is the sole artisan of his destiny.

As one will have understood, transhumanism is not simply sci-fi. People all over the world seriously think about it and use and develop new technologies to process us humans through life in new ways adapted to new needs. The brief conversation on lifespan extension (which is only one aspect of transhumanism) is also to illustrate how linked these matters are with the various domains of social life (law, economics, politics …). And therefore to emphasise the importance of being acquainted with this topic.

The American Heritage Dictionary of the English Language (2018). Retrieved from https://ahdictionary.com/.

Sandberg, A. (1995). Transhuman Principles 1.0a – DRAFT 1.0. Retrieved from http://www.aleph.se/Trans/Cultural/Philosophy/Transhumanist_Principles.html. 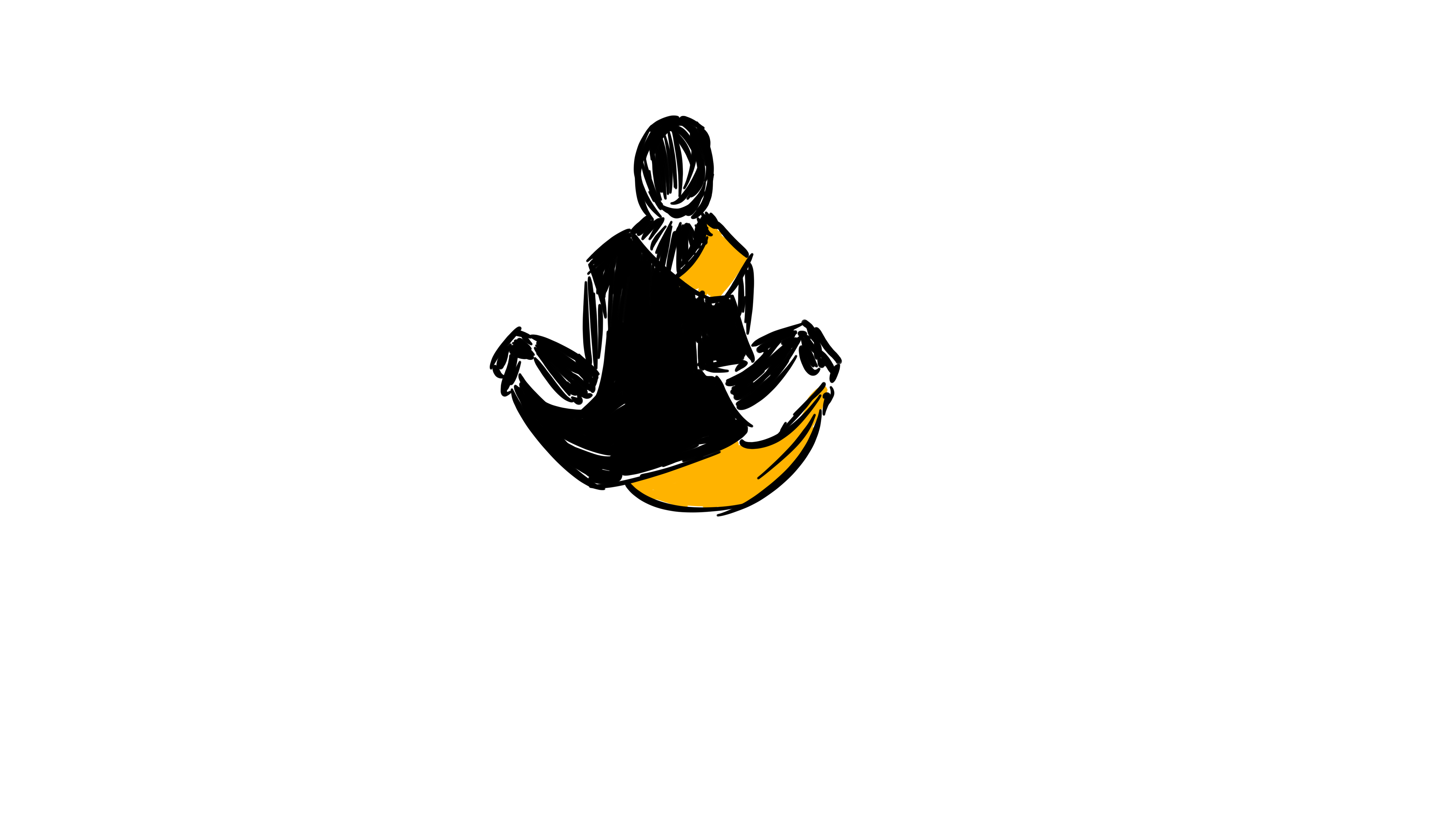 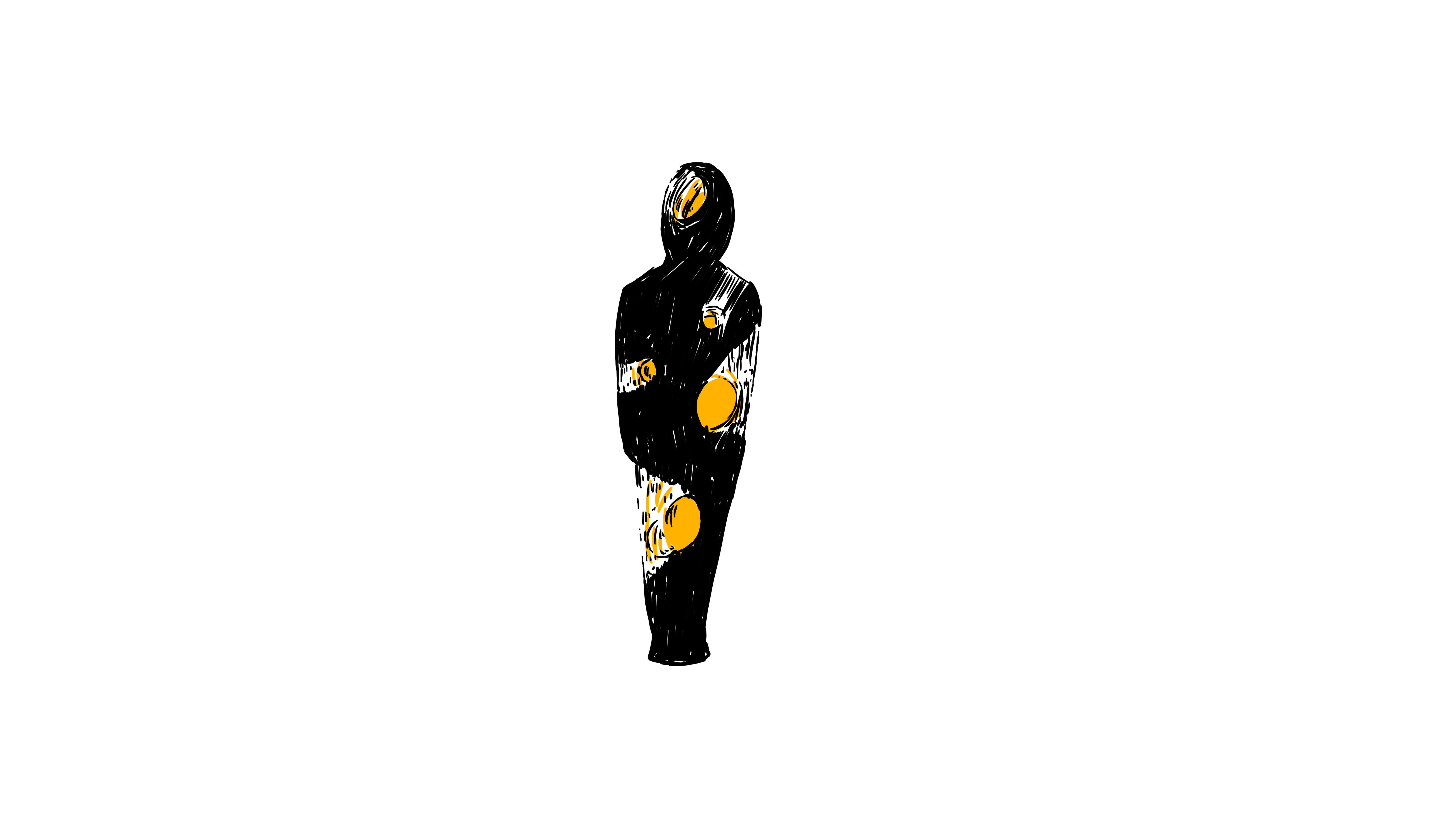 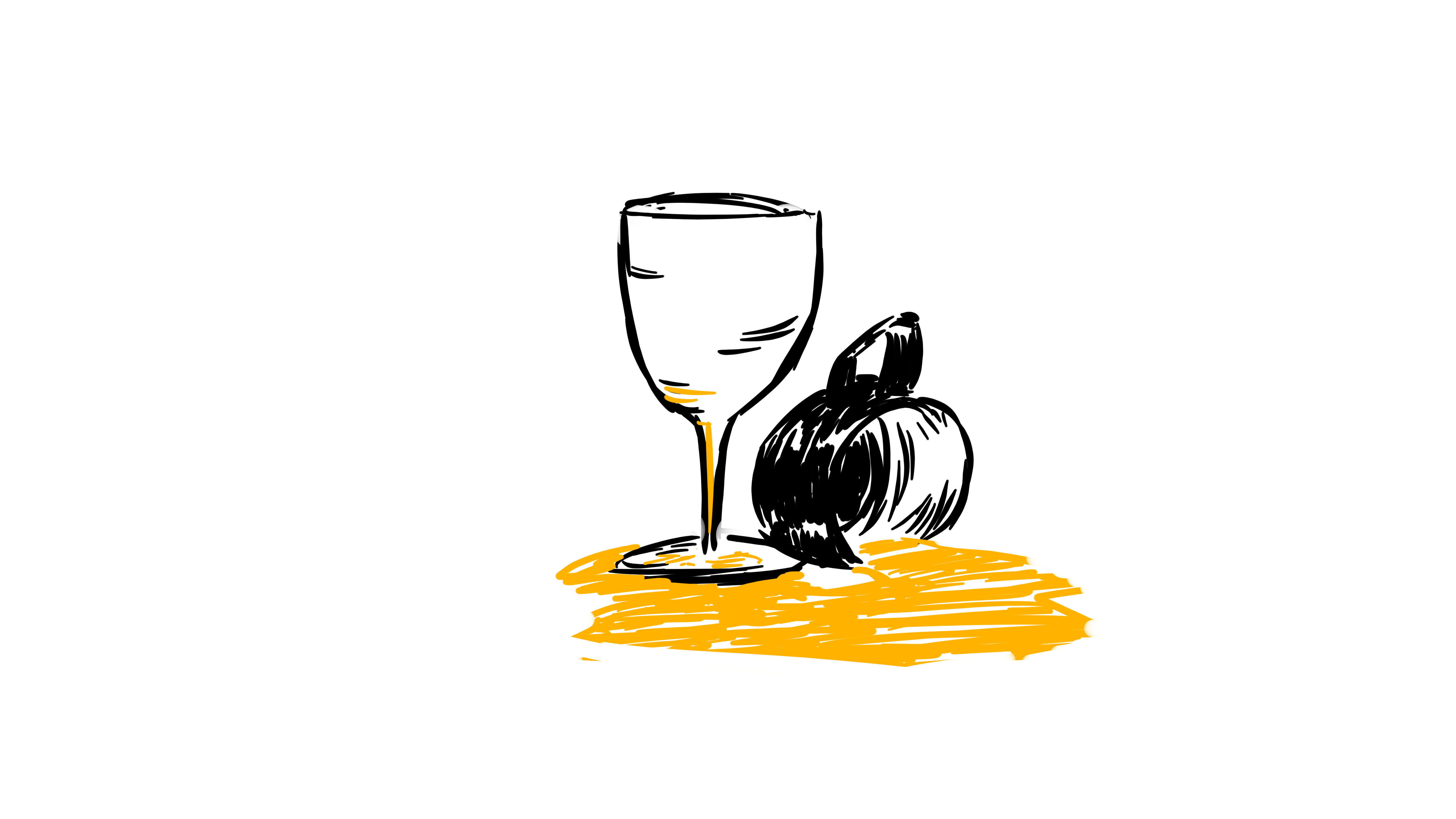