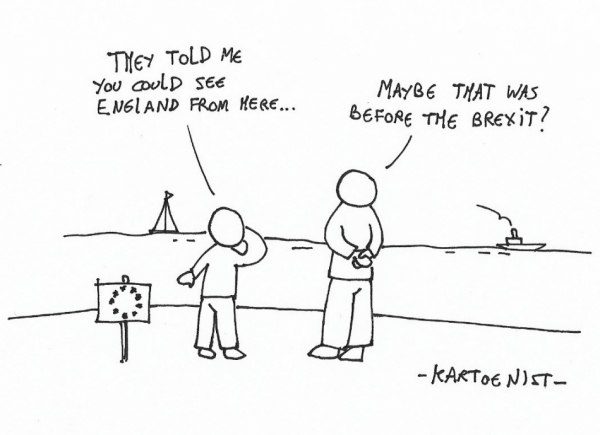 It is Theresa May who is to blame for the current crisis. A more competent prime minister would have sought at the outset to find substantial cross-party parliamentary support for their Brexit policy. Instead, even though it has been clear for many months that her approach is not working, prime minister May still refuses to compromise.

“What’s going on with Brexit?” Whenever the dreaded topic comes up in conversation – which, as a Brit, it does routinely – almost inevitably there comes a question about events in the UK parliament. Westminster’s consistent refusal to endorse the Brexit deal has prompted confusion, dismay and even anger among EU leaders as well as large segments of the European press. Understandably so – the EU has repeatedly said that the proposed deal is the best available and is not up for renegotiation. So you can see why many leaders would say the UK was being foolish to reject it.

To understand the counter argument, you need to be aware that ‘the deal’ is

And to an extent, they are right. The Northern Irish backstop does pose questions to the integrity of the United Kingdom, but is an inevitable consequence of the strategy pursued by the UK government – indeed, was sought by it – and is not the fault of the EU. Moreover, rejecting the deal means risking a “ruinous” ‘no-deal’, in the words of business minister Greg Clark.

To understand the counter argument, you need to be aware that ‘the deal’ is, at heart, two documents, with one or two other addendums. The substantive part of the deal is the ‘Withdrawal Agreement’ – a legal text of over 500 pages. This is the treaty governing the terms of the UK’s exit from the EU, which settles issues such as money owed by the UK on pre-existing commitments, provides for the backstop in the event of no other arrangement having been reached which would obviate its use, and establishes a transition period until the end of 2020 which maintains the status quo. Beyond 2020 is the realm of the ‘Political Declaration’ – part two of the deal.

It is fair to say that the lack of guarantees – economic, social, environmental – in the Political Declaration is what is preventing many opposition Members of Parliament (MPs) from voting for the deal. For example, paragraph 24 states that the two sides will “explore the possibility of cooperation.” Not exactly reassuring, considering this document is the basis for Britain’s post-2020 relationship with the EU.

In a series of non-binding aspirations and platitudes, the Political Declaration sketches out a potential future for the UK which sees it diverge from the economic institutions of Europe – the Customs Union and Single Market. (Simply put, the Customs Union provides the mechanisms for tariff and quota-free trade in goods, while the Single Market, underpinned by its four freedoms, is a more deeply-integrated rules-based market which seeks to minimise ‘non-tariff barriers’ through harmonised standards and regulations.) Described as a ‘hard Brexit’ – damaging for jobs and the economy – this is an outcome most opposition MPs want to avoid.

For more than a year, Labour has been calling on the government to commit to a ‘softer Brexit’, involving a customs union and close single market alignment, which would minimise economic disruption and largely guarantee an open border between Northern Ireland and the Republic – a fundamental principle of the Good Friday peace agreement. But Theresa May has consistently refused, arguing that only her Brexit policy legitimately delivers on the referendum result. This is of course nonsense, the roots of which go back to the design of the referendum question in 2016 – “leave or remain”.

The leave side, deliberately and cynically, did not settle on one version of what a future outside of the EU would look like. During the campaign, British MEP Daniel Hannan said “absolutely nobody is talking about threatening our place in the single market”. Now many Brexiters argue that to stay within or even align too closely with the single market would be a “betrayal” of leave voters. Worse, a view is gaining traction among the public that the only ‘true’ version of Brexit is a ‘no-deal’.

It is clear that the root cause of the current political crisis in the UK is not parliament or MPs, it’s the prime minister

In this febrile atmosphere, many sensible MPs have been trying, unsuccessfully, to cajole the government towards a more consensual, ‘soft Brexit’ approach. For a majority of MPs, this was no longer a debate about staying in or leaving the European Union, but about the terms of the future relationship. However, the prime minister’s refusal to compromise has led to a position where MPs have felt obliged to do what ought to have been done by government years ago – seeking to identify through so-called ‘indicative votes’ what sort of future parliament might be willing to support. And it may yet be, after all this, that MPs vote for a confirmatory referendum, where the public is asked to decide between the deal and remaining in the EU.

It is clear that the root cause of the current political crisis in the UK is not parliament or MPs, it’s the prime minister. It is Theresa May who, by defining Brexit on her own terms without consulting MPs, by trying to bully parliament with the threat of ‘my deal or no deal’ rather than compromise, has reduced British politics to an international joke. That she felt forced to offer to her Conservative colleagues the prospect of her speedy resignation should they support her deal, is a clear indication of how desperate the prime minister’s situation has become.

On Friday, the government tried to get around concerns about the political declaration by asking MPs to approve the withdrawal agreement on its own. Notwithstanding the potential legal contradictions of this move (see here), MPs once again rejected the so-called divorce deal, as many did not want to agree phase 1 of the process without more assurances on the specifics of phase 2.

The saga continued on Monday, with new ‘indicative votes’ to be held in parliament to see if it can agree on a different approach. In my view, Brexit is still the most likely outcome, albeit a ‘softer’ Brexit than that proposed by Theresa May. But it would be a delicious irony if this most uncompromising prime minister, and the right-wing anti-EU zealots in her party to whose pressure she has consistently bent, were the ultimate roadblocks to Brexit.

Stephen Gilmore is an international student, studying Communication Studies and Journalism. Each author writes in their own name or in that of their institution. They are themselves wholly responsible for the content of their writing. Are you feeling inspired to write an opinion piece yourself, or do wish to share poetry or literary prose with the student community? Feel free to send us your texts at redactie@demoeial.be. 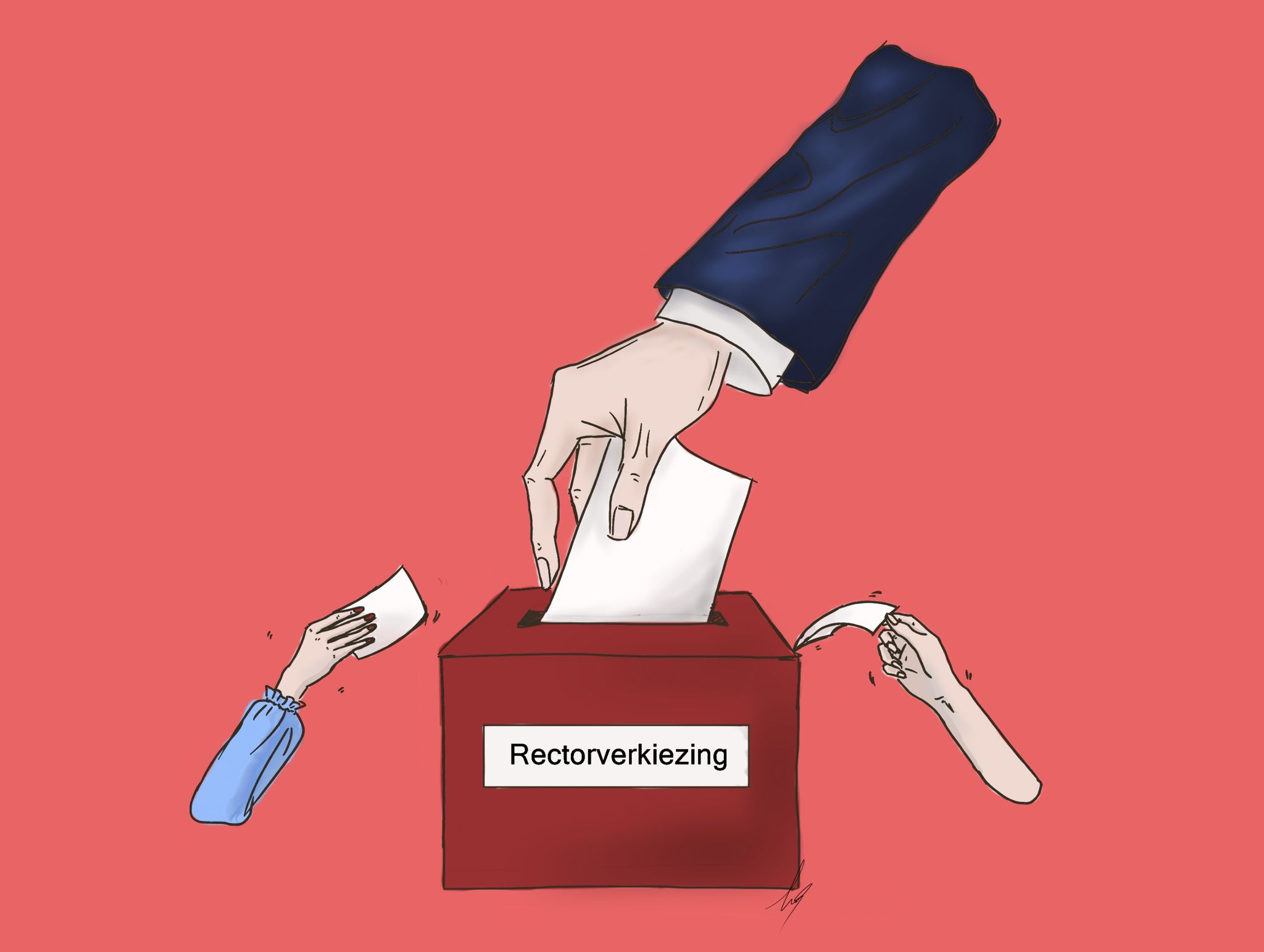